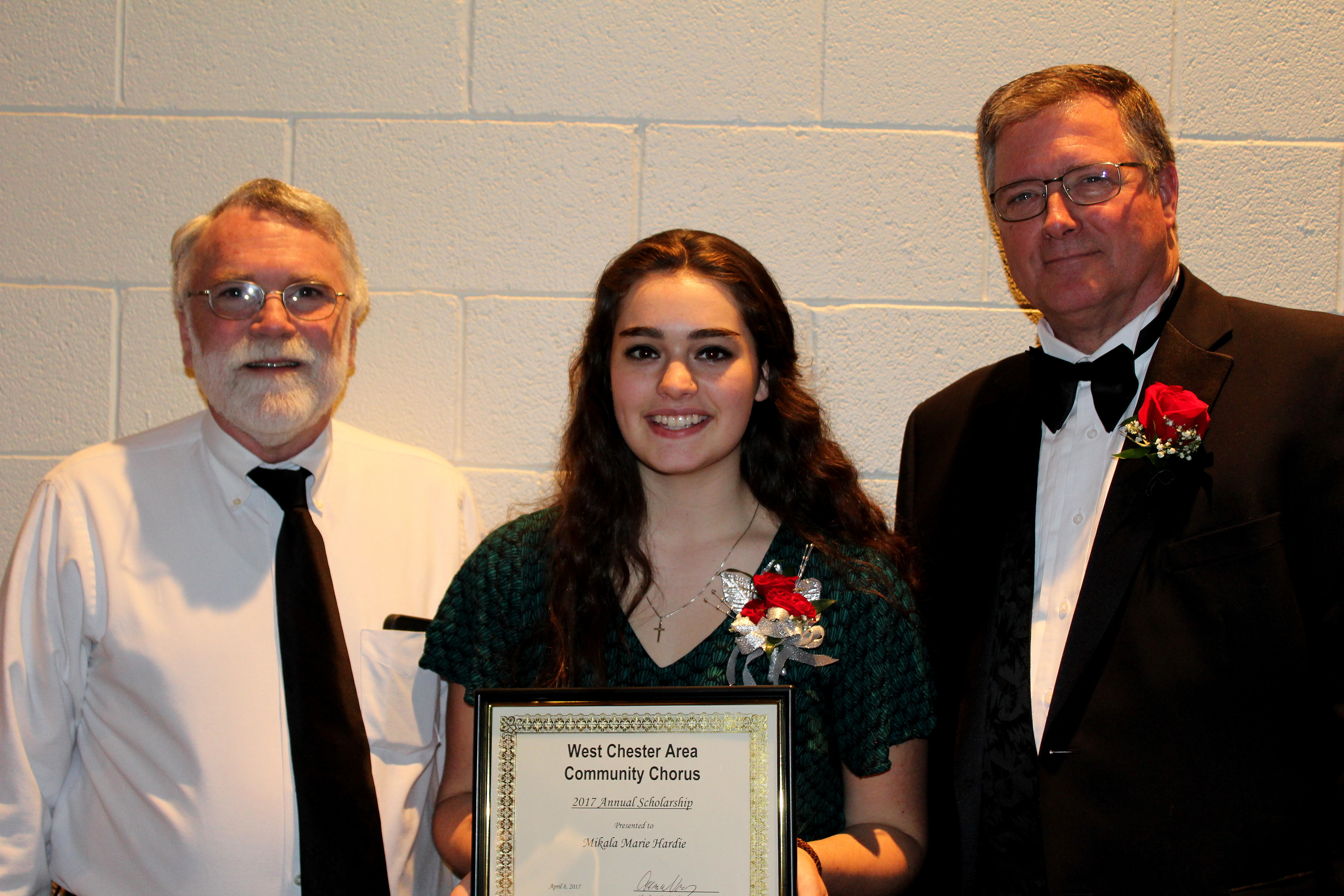 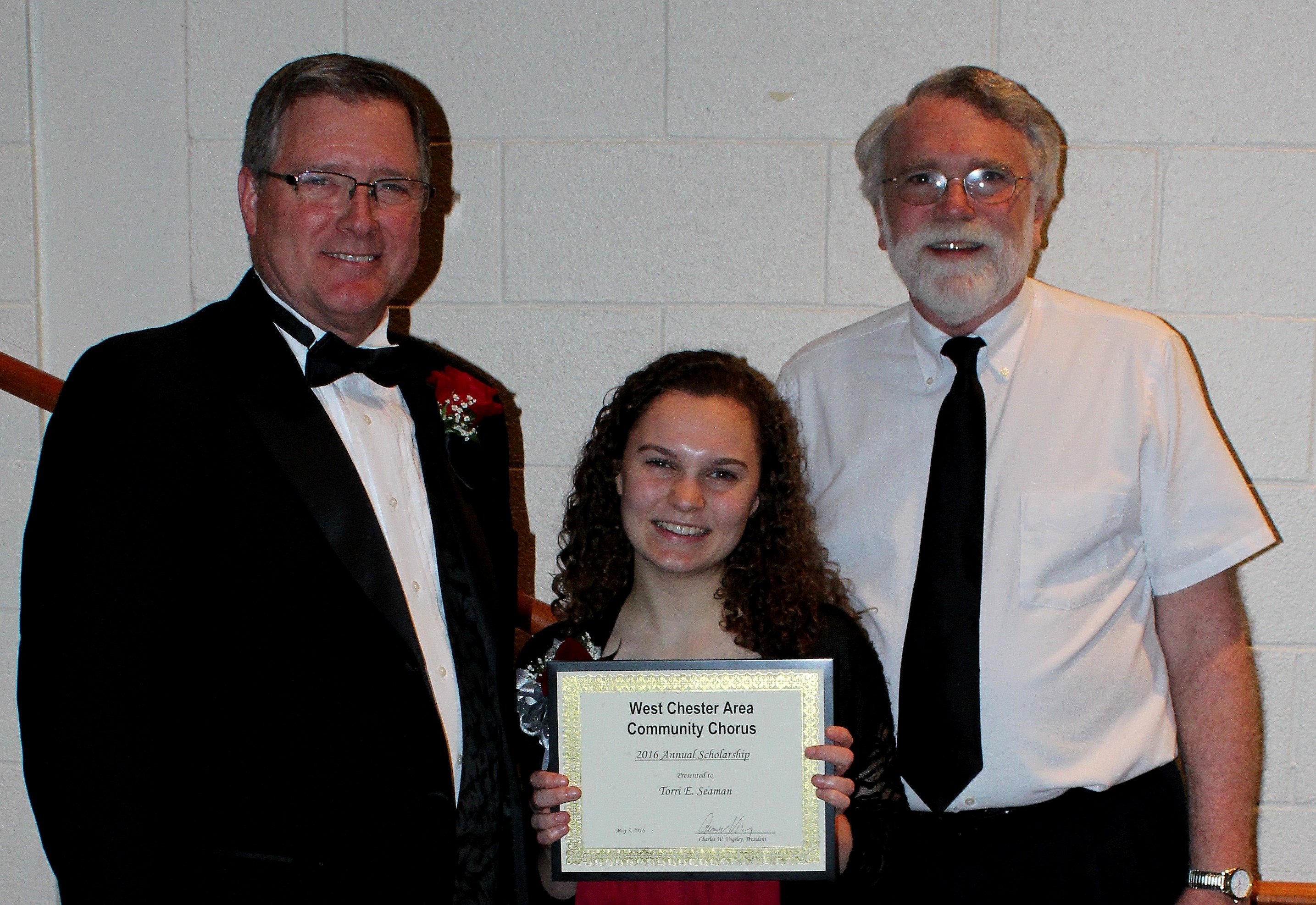 Community Chorus (WCACC) is an all volunteer organization providing musical enjoyment to its members and the community for over 17 years and we currently have over 130 members. We are grateful to have been provided practice facilities and support from the West Chester Area School District. We believe that we 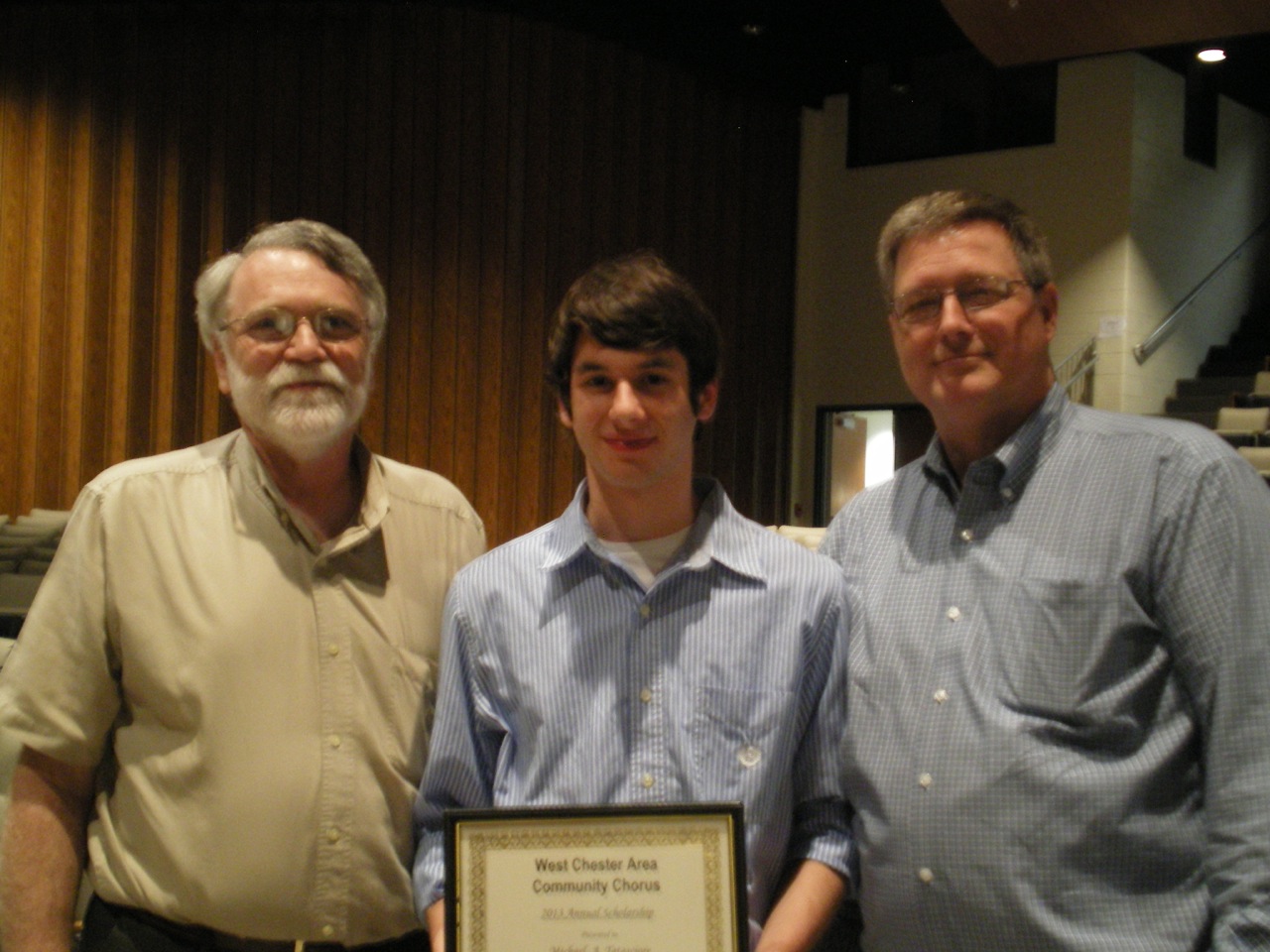 of which we are a part. This is a one year, $500 scholarship awarded to a graduating senior who will attend college next fall to study vocal or choral music. However, because of the generosity of an anonymous donor, the scholarship in some year’s has been $1,000.  The award is decided by a committee of members of the chorus and is based on the students responses to the questions included in the application. Grammar, spelling and presentation are considered in addition to the answers to the questions. There is the possibility that the committee may decide to personally interview the finalists.

All applications and supporting materials must be postmarked no later than April 1, 2015. If the application is not complete or if any supporting documentation is missing, the student may be disqualified. The award is announced

each year in late April. It is expected that the winner will attend the WCACC spring concert on Saturday, May 9, 2015, to publicly receive the award and may be invited to perform a selection at the concert.

If there are any questions, you may contact either We are welcoming new members on any Monday evening in October. That’s 5 rehearsal nights to come out and join our 100+ members in song. NO Auditions!

Hope to see you at a rehearsal in October! If you can’t join us this season, mark the concert date on your calendar!!